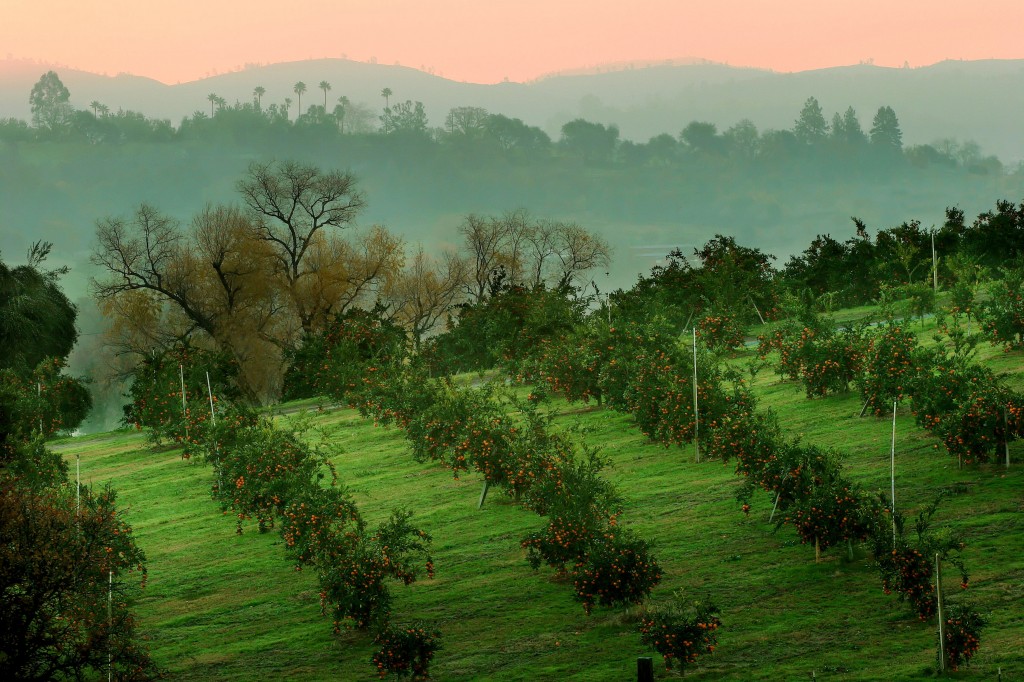 The land now known as Highland Orchard was originally part of Penryn’s Citrus Colony, and was at one time owned by Harry Butler, son of Penryn founding father P.W.Butler.  After the Great Depression Butler was forced into bankruptcy and the orchard passed through several hands before the Aguilar family acquired it in 1947.

Highland Orchard was an 80 acre deciduous orchard planted in plums, peaches and pears.  The late 40s and early 50s were good and profitable years, but by the mid 1950s farms that had been planted in the valley after WWII were producing fruit earlier in the season and more cheaply than Placer County growers.  This, coupled with pear decline in the 1960s, caused great upheaval in Placer County’s fruit industry, and many small farms and ranches were sold to developers.

In the 1960s growers began to plant mandarins, a crop that has been highly successful in Placer County.  They started planting mandarins in 1990, with a five-year plan to plant 200 trees per year.  Today they have 10 acres planted in mandarins, and they embrace direct marketing, with 60% of their mandarins sold on the farm and 40% to wholesalers.

The mandarin harvest starts in Mid-November and continues through mid-January.  Highland Orchards, with lots of good help, sells their crop from the farm for two months each year.  They enjoy the interaction with their customers, who can experience the whole process from orchard to table.  Their customers know they can expect top quality at Highland Orchard, and return year after year for this great tasting winter treat.